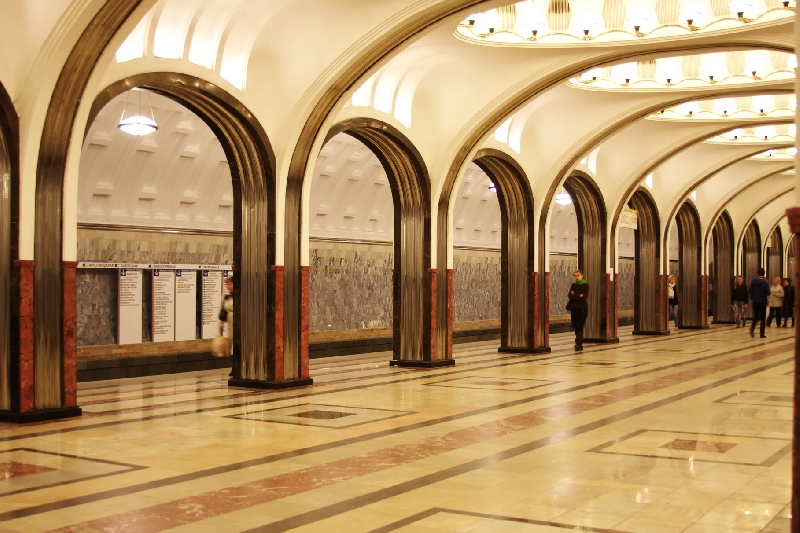 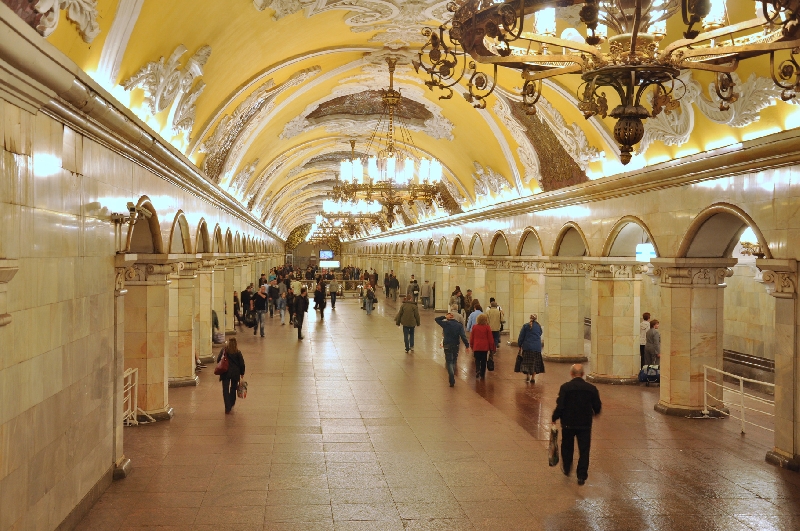 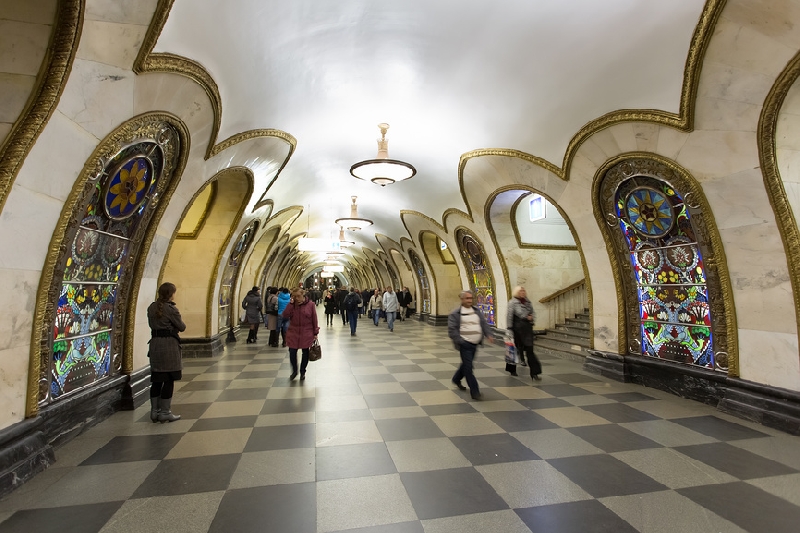 Take our Moscow Metro Tour and discover why our subway is recognized as the most beautiful in the world!

"They used to have palaces for kings, we are going to build palaces for the people!" said one of the main architects of the Soviet subway.

With us you will see the most beautiful metro stations in Moscow built under Stalin: Komsomolskaya, Revolution square, Novoslobodskaya, Mayakovskaya. Our guide will tell fascinating stories and secrets hidden underground, urban legends and funny stories. How many babies were born on the Moscow metro? Where is the secret Metro 2? How deep is the Moscow metro? And where did Stalin give his speech in November 1941? Join out Metro tour and find out! On our Moscow Metro Tour you’ll see the stations:
Revolution Square, with magnificent sculptures of the Soviet people
Kurskaya Station Lobby, the Hall of Fame of the WWII
Komsomolskaya, with impressive mural mosaics of Russian glorious victories
Novoslobodskaya, with the stained glass, although under the ground
and many others!..

DETAILED DIRECTIONS FOR YOUR COMFORT:
1. Go to Biblioteka imeni Lenina (Red Line (#1)) or Alexandrovsky Sad (Light Blue Line (#4)) metro station.
2. Use any exit.
3. Find the Kutafia Tower of the Kremlin. The tour starts at the square in front of the tower (it looks like a crown: white with red) next to its big arch ( see how it looks ). Our guide will wait for you near this tower with a big red umbrella saying ''Moscow Free tour''

WARNING! Sometimes during national holidays or special events it's impossible to get to Kutafya Tower. In that case the meeting point is the monument to Fedor Dostoevsky.