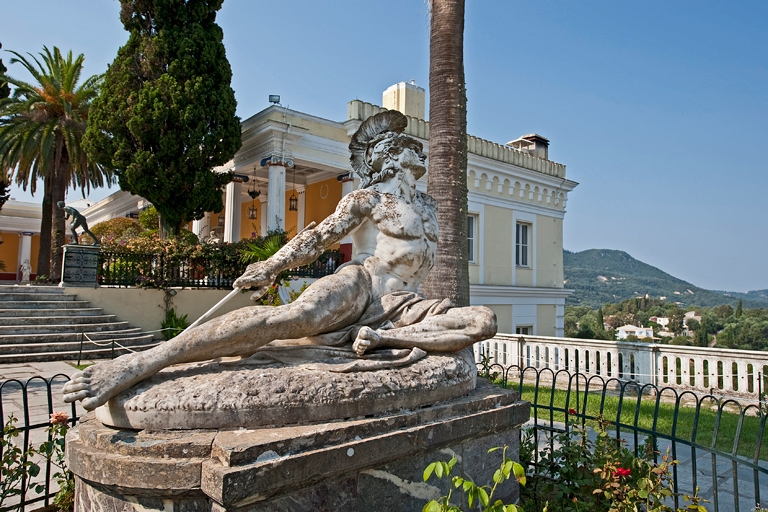 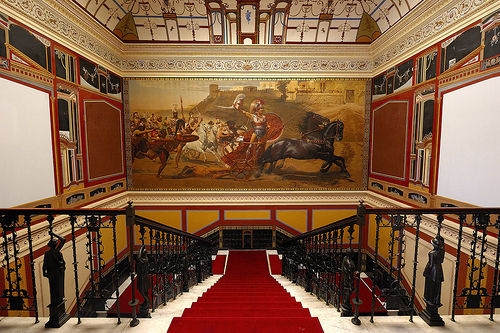 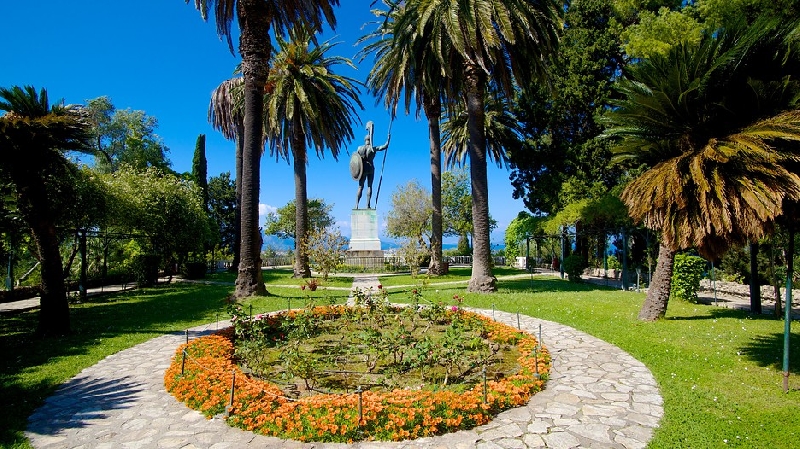 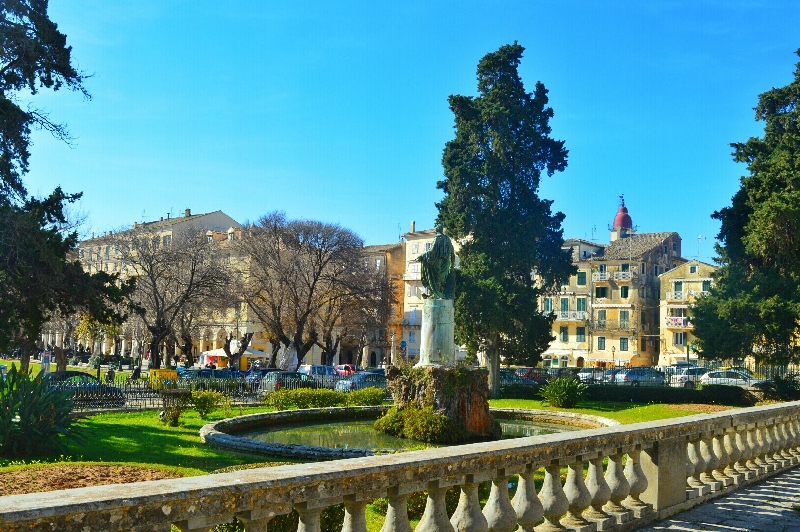 Corfu Achillion Palace: The Achillion Palace is ideally located in the picturesque village of Gastouri. This magnificent Palace was built in 1890 exclusively for Elizabeth (Sissy), the former Empress of Austria. The palace used to serve as the summer retreat of the Empress. Unfortunately, Sissy the Empress passed away in a rather tragic manner when she was brutally assassinated in 1898

in Geneva and the palace was deserted till the year 1907 when it was bought by Kaiser Wilhelm II of Germany. The palace is located in a place of mesmerizing beauty with Corfu coast down below, which still has the jetty from where the Kaiser would embark on his pleasure cruises. The Palace is not only renowned for its classical features. The impeccably landscaped palace garden is absolutely top class and makes for a picture perfect setting. Legend has it that the Empress fell in love with Corfu, so much so that she ultimately decided to build a residence that she could call her own. The palace is located at the spot where the manor of the renowned philosopher Petros Armenis Vrailas stood. Empress Sissi was also captivated and awestruck by ancient Greek legends and mythology. Even the palace garden was relandscaped according to the whims and fancies of the Kaiser. The palace was given the status of a Public building after World War II. Visitors to the palace can marvel at the exquisite mural positioned right at the reception enclosure which rather artistically portrays Achilles carrying the dead body of Hector. The popularity of the Achillion Palace also comes from the fact that the famous James Bond movie For Your Eyes Only was shot at this magnificent palace.

Corfu is a Greek island in the Ionian Sea. It is the second largest of the Ionian Islands, and, including its small satellite islands, forms the edge of the northwestern frontier of Greece.

The principal city of the island and seat of the municipality (pop. 32,095) is also named Corfu. Corfu is home to the Ionian University.
The island is bound with the history of Greece from the beginning of Greek mythology. Its Greek name, Kerkyra or Korkyra, is related to two powerful water symbols: Poseidon, god of the sea, and Asopos, an important Greek mainland river. According to myth, Poseidon fell in love with the beautiful nymph Korkyra, daughter of Asopus and river nymph Metope, and abducted her. Poseidon brought Korkyra to the hitherto unnamed island and, in marital bliss, offered her name to the place: Korkyra, which gradually evolved to Kerkyra (Doric).

In 2007, the city's old city was designated for the UNESCO World Heritage List, following a recommendation by ICOMOS.
Corfu is a very popular tourist destination. The island was the location of the 1994 European Union summit.

Confirmation will be received at time of booking
Children must be accompanied by an adult
Refunds will not be issued if tour/activity is missed due to late or non-arrival of cruise ship
At time of booking, Cruise ship passengers must provide the following information at time of booking: ship name, docking time, disembarkation time and re-boarding time